In a Nutshell: Voleo is a platform that makes joining an investment club easier than ever. Not only does the platform help to remove anxiety for first-time traders, but its inherent group approach can also remove monetary constraints because participants pool their money. Additionally, Voleo promotes financial literacy with a number of resources for novice traders. It also facilitates its annual Voleo Student Competition, sponsored by NASDAQ, to encourage investing among younger demographics. The platform’s user base is 46% women, which the company attributes to its collaborative nature that gives a voice to groups who have not traditionally had a strong voice in the investment world.

Thomas Beattie began working for a small brokerage firm when he was 22 years old, and armed with this financial expertise, he wanted to help his friends start investing. He rounded up a group of 10 other people with whom to start an investment club. But despite Beattie’s efforts in leading the charge, the investment club never materialized, and Beattie soon moved to London to work as an investment banker.

When Beattie moved back to Vancouver in his early 30s, he discovered that his friends were still not investing their money. Around the same time, Beattie connected with Jay Sujir who had recently founded his own investment club company — Voleo.

“Jay showed me a prototype of the platform,” Beattie said. “I knew immediately what it was and what it could be used for because I, myself, had been in a position where I would have been able to start that investment club with my friends if this had existed.”

Beattie joked that it didn’t take Sujir long to talk Beattie out of his spare time and money to help build the Voleo platform, and he joined the company as CEO in 2015.

Beattie said that, once they built out the technology behind the investment club platform, the Voleo team ran it as a simulator for one year. Then, the company sought Financial Industry Regulatory Authority registration, and by 2017, Voleo was registered in all 50 states.

That same year, Voleo began the soft launch of the program, which concluded this past summer when the company initiated official marketing campaigns to attract users to the innovative investment platform.

Both Beattie and Sujir understood that the world of investments can be intimidating for those who are new to the concept. And they also understood that by providing an easy-to-use investment club platform they could not only remove some of the anxieties around first-time investing experiences, they could also potentially help investors see bigger returns.

“Any person who’s new to investing — they’ve got several different things holding them up,” Beattie said. “First is potentially the lack of money. Second is the lack of knowledge. Time is another factor. And then, the last one is fear.”

Beattie said there is a very real sense of fear among younger investor demographics who don’t have the same level of confidence in investing as earlier generations. Beattie chalked up this more cautious approach to the impact the 2008 financial crisis had on the psyche of younger generations of investors. 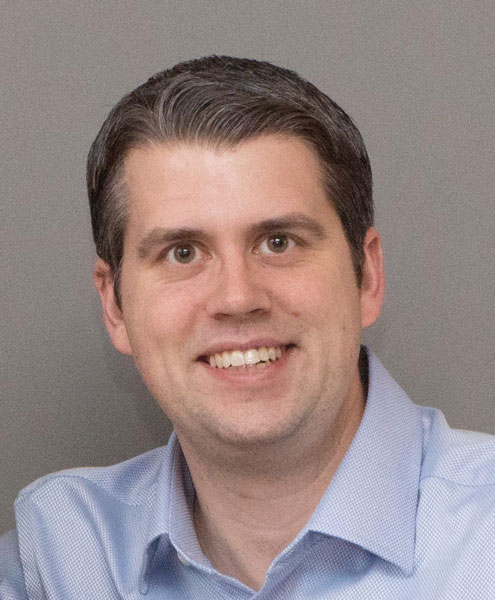 Thomas Beattie is the CEO of Voleo.

“We wanted to help them get over that with Voleo by leveraging their networks because it requires less time,” he said. “And you’re less scared if you know your friends who do know what they’re doing are buying in at the exact same time and prices as you.”

Voleo’s group approach to investing is all about breaking down those barriers and making it easier for everyone to get started, he said.

In the past, even starting or joining an investment club was a hurdle in itself, however. The process involved significant amounts of legal paperwork and time-consuming meetings.

But Voleo is bringing those days to an end.

“Up until now, traditional brokerages avoided the investment club model at all costs because they weren’t as profitable as their individual accounts,” according to the Voleo website. “With the current state of the market and the rise in social media usage, we think it’s time for change.”

“Voleo makes stock trading accessible by allowing your investment club to split commission fees and pool your money into one portfolio,” according to the website. “This structure creates more opportunities to invest in blue chip stocks and/or to diversify your portfolio.”

The company also believes investment clubs lead to smarter investments and more diverse portfolios because of the different points-of-view and research brought to the table by the parties comprising the group.

Improving financial literacy is another key tenet of Voleo’s philosophy.

“For those with minimal experience, investment jargon can sound foreign,” according to the company website. “Voleo provides a variety of resources — including our app features, social media, and blog — dedicated to demystifying stock investing, so all of our users can feel comfortable and informed when making investments.”

One of Voleo’s main initiatives in promoting financial literacy is its annual Voleo Student Competition.

“It’s especially popular during the school year,” Beattie said. “Students across the U.S. jump on and participate in the trading competition we run, sponsored by NASDAQ. We’ve collaborated with NASDAQ to bring financial literacy to university students and allow them to compete for prizes as they learn about markets and investing.”

The competition is in its third year, he said.

Voleo’s annual student competition is sponsored by NASDAQ and offers students a chance to win prizes while learning about investing.

Students can enter the virtual competition by inviting two or more friends and using Voleo’s SimuTrader platform to manage a virtual investment portfolio together.

Teams receive $1 million in virtual currency which they use to invest and trade in stocks and cryptocurrencies and compete against other teams for cash prizes and professional opportunities. Individuals may compete as well and will be eligible for the individual prize pool.

The top team will win $3,000 in cash credit applied to a Voleo investing account plus a trip for 3 to Nasdaq MarketSite in NYC, with cash prizes available to the top 3 teams.

“Our goal when we started the competition was to create a bit of brand awareness and to ensure that this generation had more confidence to start investing earlier in their careers,” Beattie said. “And from the feedback we’ve received from former participants, I can assure you that that is happening.”

Women Represent Almost Half of Voleo’s User Base

Beattie said he’s proud of the fact that Voleo has an unusually high percentage of women using the platform, which he attributes to the collaborative nature of its investment clubs.

“Women have come to us — 46% of our users at last count — without a lot of advertising, and that is vastly higher than you would find with most self-directed investing platforms,” he said. “I think it gives a voice to those who are more quiet.”

Voleo is a forum where everyone expects to have conversations about money and to ask questions surrounding the topic of money they may not normally feel comfortable discussing.

“I say, without much shame, when you take a jerk like me out of the room, my female friends would be far more likely to ask each other questions about money that they might feel awkward about if I was there,” Beattie joked.

He said that, although Voleo is for everybody, he is very pleased that women represent almost half of its user base.

But Beattie also touched on how the idea of giving a voice to those who traditionally haven’t had a voice, or are less confident when it comes to finance, goes beyond women.

“It gives a great voice to people that may not have the same confidence,” he said. “There are a lot of intelligent people that may not be as loud as I am. And I really think that this does give them a voice and ability to prove themselves over time.”

Beattie may not have been able to get his friends to begin investing in his early 20s but that experience led to his role in Voleo. And as CEO of the company, he has achieved that original goal many times over of helping a group of people learn more about investing.

Ready to start your own investment Club? Download Voleo and invite your friends today!

Disclaimer: If specific securities are mentioned they are for illustrative purposes only and such mention shall not be seen as a recommendation to buy and/or sell. None of the opinions expressed by Voleo or participating guests should be construed as investment advice. Securities offered through Voleo USA, Inc. Member of the Financial Industry Regulatory Authority (FINRA), Securities Investor Protection Corporation (SIPC). Security products are not FDIC insured, not bank guaranteed, and will fluctuate in value. We do not solicit, recommend, or offer investment advice. Voleo USA, Inc. is a wholly-owned subsidiary of Voleo, Inc.